Drake So Far Gone is the third mixtape by the Canadian rapper. It was released on February 13, 2009, under his October’s Very Own label. His name is Drake. Let us know about it in detail.

He is a famous Canadian rapper, singer, and songwriter. His name is included in the best rappers. He, who had a different childhood than most other rappers of African-American origin, feels irritated at the notion that growing up in a neighborhood with guns and drugs makes his peers more “official”. According to him, his struggles were no less daunting, but he would prefer that people know him by his music.

He started acting first, and then he decided to self-release his debut mixtape, ‘Room for Improvement’. In the next year, he released ‘Comeback Season’, which contained the single ‘Replacement Girl’ which earned him widespread recognition as a singer for the first time. He founded October’s Very Own label to release the mixtape.

After that, he released his third mixtape, ‘So Far Gone,’ as a free download and became a commercial success. He released his debut EP by the same name following the mixtape’s success, which made it on theBillboard 200′ at 6th position. That was his huge success.

In 2010, his debut studio album, ‘Thank Me Later, featured artists like Nicki Minaj, Lil Wayne, and Kanye West. The single ‘Find Your Love’ reached top-10 on the ‘Billboard Hot 100’.

In 2011, he released his second studio album ‘Take Care. The album contained hit singles like ‘Make Me Proud’ featuring Nicki Minaj and ‘Take Care’ featuring Rihanna. He received his first Grammy Award for the album.

In 2013, His third album, ‘Nothing Was the Same’, continued his journey to fame, opening to positive reviews like its predecessors. It was his first full-length album that was released from his record label, OVO Sound. All of the seven singles of the album became commercially successful.

He was born on October 24, 1986, in Toronto, Ontario, Canada. He has been in an on-and-off relationship with the Barbadian singer Rihanna. However, they broke up after Rihanna rekindled her relationship with Chris Brown. Then he got involved in a fight with Chris Brown in 20212. In the same year, a girl named Ericka Lee revealed herself to be his ex-girlfriend and claimed that he used her voice in Marvin’s Room’s song. In 2016, He started dating singer Jennifer Lopez. Now, it has been reported that his attempts at getting Rihanna back have affected his relationship with Lopez. 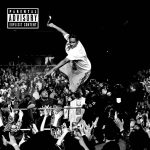 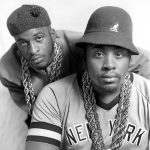